The origin of the Albanians has been for some time a matter of dispute among historians. Albanians are people who speak Albanian, an Indo-European language. Though the vocabulary contains some Greek, Latin, Slavic and Turkish words, the language per se has no other close living relative, making it difficult to determine from what ancient Balkan language it evolved. Genetical anthropology, however, suggest common ancestral origin with most European people despite linguistical uniqueness

The place where the Albanian language was formed is also uncertain, but analyses have suggested that it was in a mountainous region, rather than in a plain or seacoast: while the words for plants and animals characteristic of mountainous regions are entirely original, the names for fish and for agricultural activities (such as ploughing) are borrowed from other languages.
It can also be presumed that the Albanians did not live in Dalmatia, because the Latin influence over Albanian is of Balkan Romance (that evolved into Romanian) origin, rather than of Dalmatian origin. This Balkan Romance influence includes Latin words exhibiting idiomatic expressions and changes in meaning found only in Romanian and not in other Romance languages. Adding to this the words common only to Albanian and Romanian, it may be assumed that Romanians and Albanians lived in close proximity at one time. Generally, the areas where this might have happened are considered to be regions varying from Transylvania, Eastern Serbia (the region around Naissus), Kosovo and Northern Albania.
However, most agricultural terms in Romanian are of Latin origin, but not the terms related to city activities — indicating that Romanians were an agricultural people in the low plains, as opposed to Albanians, who were originally shepherds in the highlands.
Some scholars even explain the gap between the Bulgarian and Serbian languages by postulating an Albanian-Romanian buffer-zone east of the Morava river. Although an intermediary Serbian dialect exists, it was formed only later, after the Serbian expansion to the east.
Another argument that sustains a northern origin of the Albanians is the relatively small number of words of Greek origin, although Southern Illyria was under the influence of Greek/Byzantine civilization and language, especially after the breakdown of the Roman Empire.

In the 2nd century BC, the History of the World written by Polybius, mentions a city named Arbon in present day central Albania. The people who lived there were called Arbanios and Arbanitai.
In the 1st century AD, Pliny mentions an Illyrian tribe named Olbonenses.
In the 2nd century AD, Ptolemy, the geographer and astronomer from Alexandria, drafted a map of remarkable significance for the history of Illyria. This map shows the city of Albanopolis (located south of Durrës). Ptolemy also mentions the Illyrian tribe named Albanoi, who lived around this city.

The first undisputed mention of the ancestors of modern Albanians seems to be in the form of Arbanitai of Arbanon in an account by Anna Comnena of the troubles in that region during the reign of her father Alexius I Comnenus (1081-1118) by the Normans. (The Alexiad, 4)
In History written in 1079-1080, Byzantine historian Michael Attaliates referred to the Albanoi as having taken part in a revolt against Constantinople in 1043 and to the Arbanitai as subjects of the duke of Dyrrachium.
1285 in Dubrovnik (Ragusa) a sizeable Albanian community had existed for some time. In the investigation of a robbery in the house of Petro del Volcio of Belena (now Prati), a certain Matthew, son of Mark of Mançe, who appears to have been witness to the crime, states: "Audivi unam vocem clamantem in monte in lingua albanesca" (I heard a voice crying in the mountains in the Albanian language).

The word Shqipetar by which Albanians today refer to themselves was recorded for the first time in the 14th century, and it appears to have originally been a family name in the city of Berat.
The first known use of the word Albanian to refer to them was in 1595 by Marco Gini.

The three chief candidates considered by historians are Illyrian, Dacian, or Thracian, though there were other non-Greek groups in the ancient Balkans, including Paionians (who lived north of Macedon) and Agrianians. The Illyrian language and the Thracian language are generally considered to have been on different Indo-European branches. Not much is left of the old Illyrian, Dacian or Thracian tongues, making it difficult to match Albanian with them.
There is debate whether the Illyrian language was a Centum or Satem language. Some evidence suggests that it was centum, but it is not conclusive. It is also uncertain whether Illyrians spoke a homogeneous language or rather a collection of different but related languages that were wrongly considered the same language by ancient writers. The same is sometimes said of the Thracian language. For example, based on the toponyms and other lexical items, Thracian and Dacian were probably different but related languages. In the early half of the 20th century, many scholars thought that Thracian and Illyrian were one language branch, but due to the lack of evidence, most linguists are skeptical and now reject this idea, and usually place them on different branches. The Messapian language is often included as an Illyrian language, but this is disputed.

The theory that Albanians were related to the Illyrians was proposed for the first time by a German historian in 1774
There are two variants of the theory: one is that the Albanian language represents a survival of an indigenous Illyrian language spoken in what is now Albania. The other is that the Albanian language is the descendant of an Illyrian language that was spoken north of the JireÃ„Âek Line and probably north or northeast of Albania.
There is a gap of several centuries between the last historical mention of Illyrians (and the Illyrian tribe Albanoi) and the later mention of Albanians and of the names Albanon and Arbanon to indicate the region. Supporters of either theory say that the term Albanian gradually came to be applied to the surviving Illyrians.
There are some direct correspondences of vocabulary between Albanian and Illyrian, but none of these correspondences is conclusive for the purpose of determining whether or not Albanian is an Illyrian language. A number of Illyrian lexical items (toponyms, hydronyms, oronyms, anthroponyms, etc.) have been linked to Albanian.

Continuity in Albania south of the JireÃ„Âek Line

Many problems for the theory of Albanian continuity in Albania are recognized, and are addressed in various ways as the case may be.
One problem is the lack of clear archaeological evidence for a continuous settlement of an Albanian-speaking population since Illyrian times. For example, while several scholars maintain that the Komani-Kruja burial sites support the Illyrian-Albanian continuity theory, other scholars reject this and consider that the remains indicate a population of Romanized Illyrians who spoke a Romanic language.
The lack or scarcity of definite loans from ancient Greek into Albanian is another problem (v. Hemp). As the JireÃ„Âek Line shows, if Albanians were continuously settled throughout Albania since Illyrian times, they would have been, in the south, in more or less constant contact with the Greeks, and the absence or scarcity of definite loans from ancient Greek is hard to explain within the context of Albanian continuity. Even Greek loans into Illyrian are known (cf. Wilkes, et al.; including Illyrian names borrowed from Greek), so their absence in Albanian as an alleged descendant of Illlyrian as it was spoken in Albania is doubly difficult to explain.
Another problem is the ancient Illyrian and Roman toponyms (including hydronyms, etc.) in what is now Albania compared to their equivalents in the Albanian language. While a number may (most cases are contested among linguists) pose no major or definite problem in terms of linguistic evolution (v. Hemp), many others appear to have entered through one or more intermediary languages, which strongly indicates that the ancestors of Albanians were not in Albania (v. Hemp et al.). For example, Albanian Shkodër from Latin Scodra and Albanian Tomor from Latin Tomarus do not match the Albanian phonological evolution (v. Hemp).
The written historical records pose another problem. The modern Albanians were not mentioned in Byzantine chronicles until 1043, although Illyria was part of the Byzantine Empire. The Illyrians are referred to for the last time as an ethnic group in Miracula Sancti Demetri (7th century AD).

Aside from an Illyrian origin, a Dacian or Thracian origin is also hypothesized. There are a number of factors taken as evidence for a Dacian or Thracian origin of Albanians.
Albanian shares several hundred common words with Eastern Romance, these Eastern Romance words being part of the pre-Roman substrate (see: Eastern Romance substratum) and not loans; Albanian and Eastern Romance also share grammatical features (see Balkan language union) and phonological features, such as the common phonemes or the rhotacism of "n".
Linguists such as Vladimir Georgiev have concluded that the phonology of the Dacian language is close to those of Albanian. However, the degree of this closeness has been criticized and challenged by other linguists, and it is based on incomplete evidence.
Names of the cities that follow Albanian phonetic laws (which include Shtip, Shkupi and Niš) are in the areas once inhabited by Thracians, Dardani, and Paionians; however, Illyrians also inhabited or may have inhabited these regions, including Naissus. Hemp for example states that Naissus may as well be considered Illyrian territory.
There are some close correspondences between Thracian and Albanian words. However, as with Illyrian, most Dacian and Thracian words and names have not been closely linked with Albanian (v. Hemp). Also, many Dacian and Thracian placenames were made out of joined names (such as Dacian Sucidava or Thracian Bessapara; see List of Dacian cities and List of ancient Thracian cities), while the modern Albanian language does not allow this.
There are no records that indicate a migration of Dacians into present day Albania. However, Thracian tribes such as the Briges were present in Albania near Durres since before the Roman conquest (v. Hemp) [5]. An argument against a Thracian origin (which does not apply to Dacian) is that most Thracian territory was on the Greek half of the Jirecek Line, aside from varied Thracian populations stretching from Thrace into Albania, passing through Paionia and Dardania and up into Moesia; it is considered that most Thracians were Hellenized in Thrace (v. Hoddinott) and Macedonia. 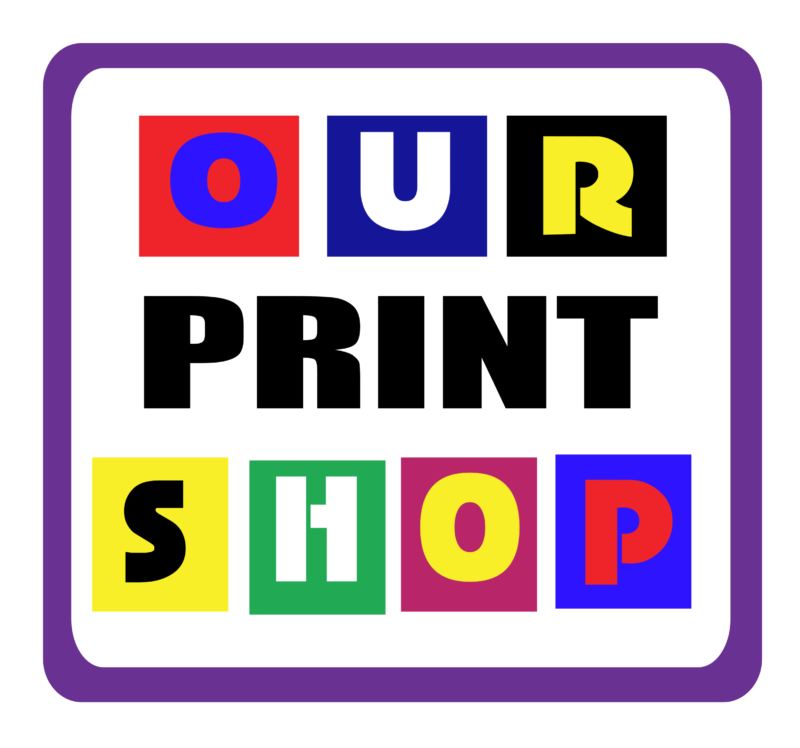 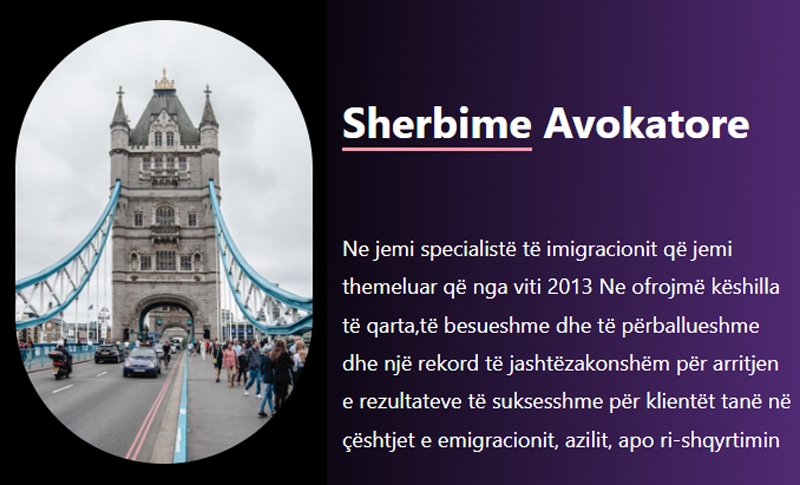